Path of The Phoenix is Book One in the Sorcerer’s Guide Series. 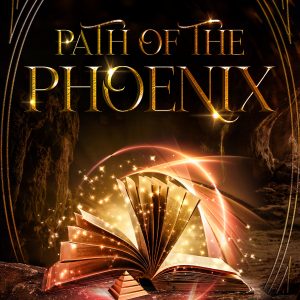 The first warning that life was anything but ordinary for Jet Black should’ve been when three newly discovered abilities allowed him to escape the fiery destruction of his hometown of Silverton when thousands of others weren’t as fortunate. Death was a breath away. But the abilities disappeared, and it was easy to convince himself that they’d never happened. Four years later, while rock climbing, the first week of classes of his sophomore year at Chadwick’s Boarding School, his rope breaks unnaturally, a hundred feet in the air. His abilities remarkably return and save his life once again.

Jet is drawn to the only heirloom that survived, an ancient book that holds its share of secrets. The book speaks of enduring war, entrapped beasts, and a series of events leading to the release of the demon. The book, The Sorcerer’s Guide, becomes his mentor as he’s thrust into a world of magic, treasure, fantastical creatures, confusion, and uncertainty. A second natural disaster strikes, this time, killing thousands, and Jet becomes convinced that there’s a connection between his hometown and this disaster. The creature, through runic magic, allowed a single avenue to escape, and Jet must find the first of six tablet pieces devised to bridle the demon.

Jet quickly learns that someone else is just as curious about the destruction of his hometown and what it could mean. Shane Fallon, a bully from the first moment Jet stepped onto campus, keeps appearing unexpectedly. Shane and his goons seem to be looking for something as well and are willing to do whatever it takes to win. It quickly becomes apparent that Jet and his friends must travel back to Silverton. As they begin their exploration of an ancient cave, they are confronted with a series of terrifying obstacles that will test each of their resolve and courage.

THE PATH OF THE PHOENIX is a YA fantasy, complete at 100,000 words. It is intended to be part of a series entitled: The Sorcerer’s Guide. It may appeal to readers of National Treausure and Percy Jackson.

Back of the Book Blurb

Magic has been Reawakened 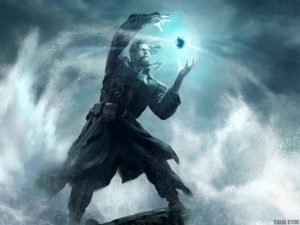 Magic has been hidden and forgotten for centuries. But the Rivalry has begun, and a countdown to the release of the most vicious and evil demon threatens the world. Magic must return, and a young boy is chosen, but will he be strong enough to survive?

Nearly sixteen-year-old Jet Black wants nothing more than to be normal. Growing up after surviving a natural disaster that destroys most of his hometown casts an immense shadow. He feels relieved as he starts a boarding school hundreds of miles away, only to learn that many of his problems have followed him.

A hidden book is discovered that only opens at his touch. The words and spells inside change Jet forever. At first, the phrases sound more like a joke or a fable, but their consequences become life-shattering. Jet must choose to follow the Path of the Phoenix and discover his family’s secrets. He can’t foresee his ability to use magic. He can’t dare to hope that his friends will join him. And he can’t possibly realize how going home just might help him survive.