Sorcerer’s Guide to the PATH OF THE PHOENIX is the debut Novel by Logan Clark who writes under L Scott Clark. 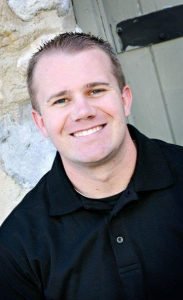 Born and raised in Littleton, Colorado, he has always wanted to do something different and be a little unique.

Logan has always loved writing (and reading) during High School, College, and beyond. He has always wanted to write a book and has taken the last decade or more learning the ropes of writing, editing, publishing, and some of the other pitfalls.

PATH OF THE PHOENIX is a decade in the making. Logan has worked on other projects along the way. However, this story is a story of adventure and excitement, and who doesn’t love some magic. The learning curve was steep and sometimes brutal. The first draft was over 200,000 words and way too long. He didn’t know this at the time and spent years cutting it down, rewriting, and editing again. The process has been one of the best experiences in his life. No book is perfect, and this one is far from that. But, it is something that he can be proud of. It is the first step (he hopes), of many more, in the world of being an Author.

Logan graduated from Metropolitan State College in Denver with a degree in Biology and a minor in French. Logan was accepted to A.T. Still University in Phoenix, Arizona, for a Master’s Degree in Physician Assistant Studies.

After graduating, Logan was hired at Utah State Prison, and for over a decade, he treated patients who were inmates. Wanting to be closer to home, he transferred to Utah County Jail, still treating inmates, alongside a wonderful staff for the last four years (still going strong).

Sorcerer’s Guide is the name of the series and Logan has begun working on the second book.

His Author Website is: Writings of L Scott Clark